The proven SafeLand™ system has demonstrated compliance with ASTM Standard E3266 – another milestone on its path to worldwide acceptance. 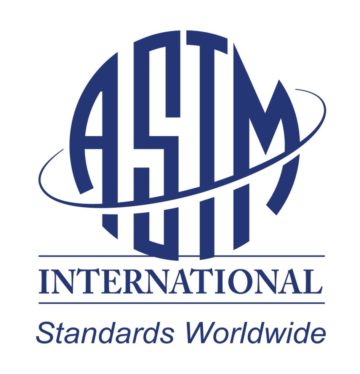 The demonstration was favorably received by SAPOE, an important industry body that includes aircraft performance engineers and manufacturing specialists from airlines around the world.

The SAPOE sub-committee, dubbed the Lion Team, is comprised by former members of the FAA Take-Off and Landing Performance Assessment, Aviation Rules Committee that was responsible for FAA and ICAO initiatives creating the Global Reporting Format – a standardized methodology to assess runway conditions. The Lion Team is made up of engineers from major U.S. carriers, Boeing, and Airbus. It developed and authored the ASTM International Standard E3266 for Friction-Limited Aircraft Braking Measurements and Reporting, which was published in November 2020. This important standard applies to systems that measure and report on braking forces and runway friction – critical information used to better understand runway conditions and help improve aviation safety. The standard applies to any automated system that uses data from an aircraft to create what ASTM International calls an Aircraft Braking Action Report. According to ASTM International, any such system may be installed on an aircraft or operated remotely.

“Our Aviation Safety Technologies team employed the compliance methodology outlined in the standard to demonstrate the efficacy of our SafeLand surface management system,” says Joe Vickers, AST CEO. “We validated the technology and its potential role in the future of aviation safety. We believe next steps are to call on regulatory bodies to formally adopt a method of demonstrating compliance, allowing airlines and airports to confidently employ an emerging technology.”

AST developed their SafeLand™ technology in response to aircraft accidents occurring as a result of runway over-runs and runway excursions. AST’s Braking Action Reports deliver real-time insight into runway conditions based on data collected from aircraft-based sensors. The aircraft sensors allow measurement of the precise braking action of landing aircraft based on surface conditions and the impact of contaminants such as water, ice, or snow. These real-time reports can be made instantly available to incoming aircraft, ground personnel, airport operations, and FAA/CAA authorities. Using this information, pilots can improve their landing decisions while airports and the FAA can improve their surface management strategies. The bottom line is enhanced safety, more efficient operations, higher runway uptime, and more reliable flight schedules for passengers.
AST completed a FAA Feasibility Study in 2016 and has more than 2,000 passenger jet transports currently providing data that allows AST to accurately measure the braking capabilities of landing aircraft. More than 16 million landings have been recorded in cooperation with airlines through prototype agreements, making AST the world’s leading provider of aircraft braking action information.